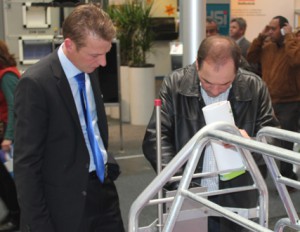 In an earlier blog post we reported the interest shown in the SowMax (see more….) at this year’s EuroTier.  Shown is German sales rep Ulf  Maroske as he explains features and benefits to a customer at the show.  We later received this email from Ulf concerning a customer who purchased 20 International farrowing crates and 50 SowMAX dispensers to fit on existing crates this October. 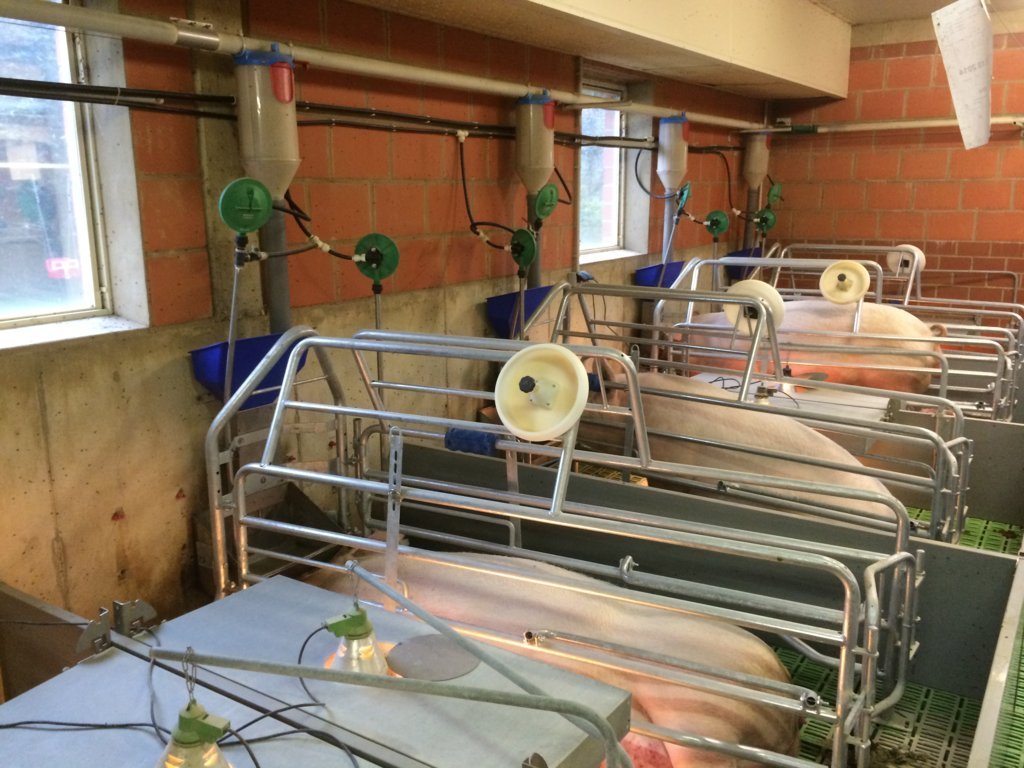 “When visited my customer last week the piglets were 14 days old. He placed the sows with the highest piglet losses in the last farrowing in the Hog Slat International crates. He told me had piglet losses of .6 per sow in the new crates compared to 1 piglet per sow in the old crates. This is nice result.” 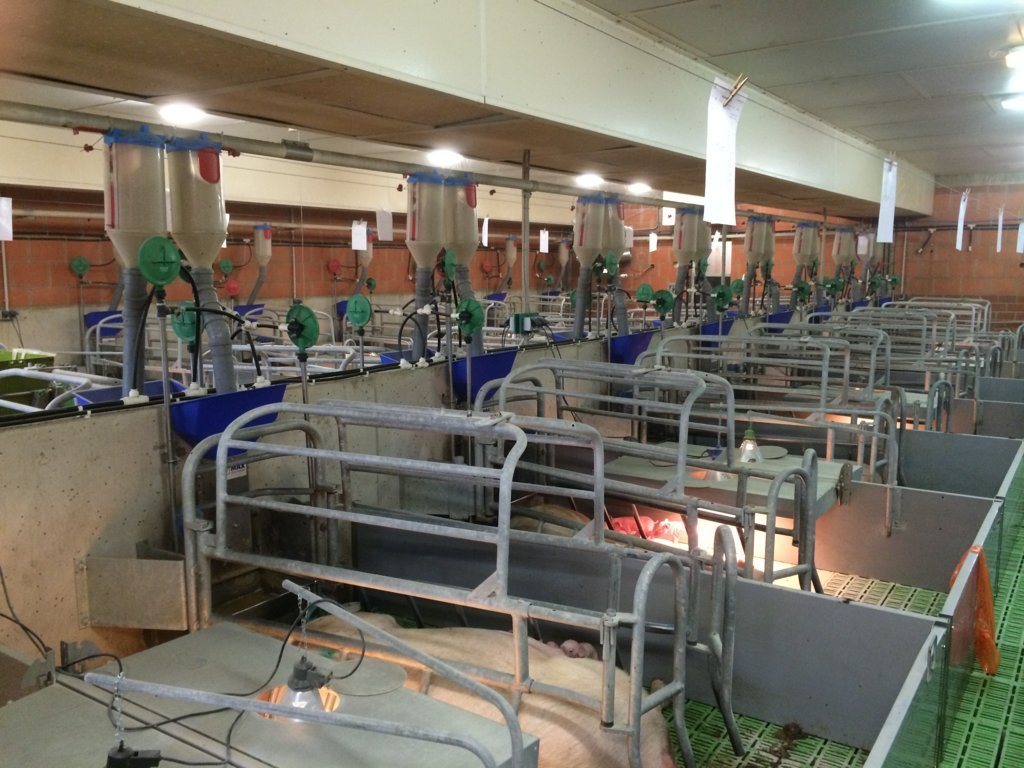 “When I asked him how satisfied he is with our SowMAX he gave me the short answer.  Today he regrets that he installed 50 of them…if he had know the SowMAX worked so well he would have equipped all 90 farrowing crates with them.”

“Compared to his other feeding system he has significantly less feed wastage.  Now the sows eat more, the amount is 10kg (22 lbs.), that was not possible before. The sows are much quieter during feeding time”