Close
Menu
Show your wishlist 0
You have no items in your shopping cart.
Menu
Search
Wishlist
0
Filters
Personal menu
Feed Management Without Climbing a Bin

Feed Management Without Climbing a Bin 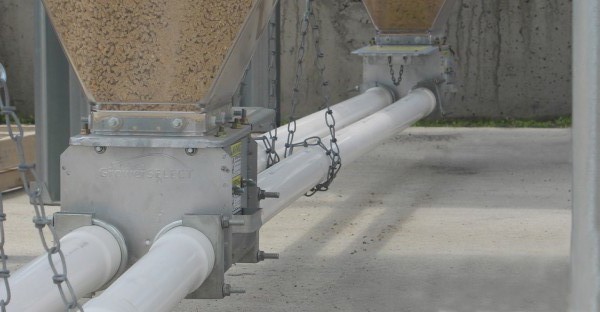 The simplest way to check feed volume is to climb up and look inside. Not anyone's favorite chore, wet or icy ladders can make this dangerous and at best it is an educated guess. 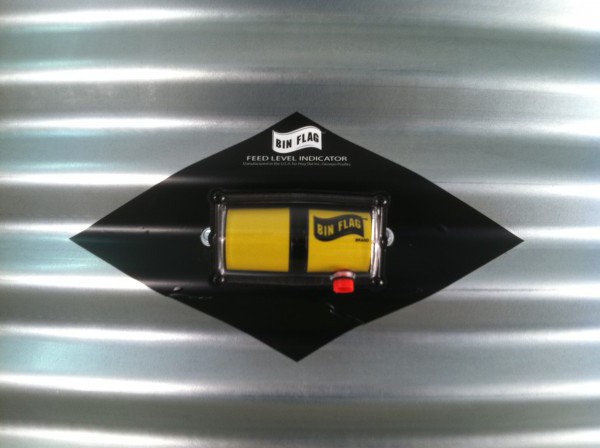 Bin Flag level indicator mounts on the outside of a bin rotating to yellow when feed level drops below postition.

Level indicators, like the Bin Flag, give a visual alert when the feed drops below a certain point in the bin. They are inexpensive and can connect to an alarm system to send a remote warning. They do not record feed input or usage like a bin weighting system.

Early attempts at adding load cells to bins had mixed results. Because the load cells were expensive, many systems were set up with load cells on half of the bin legs, or they used I-beams to span between two legs.   Inaccurate readings resulted when feed bridging caused one side of the bin to feed out faster than the other side.   At best, these early systems were 80% accurate and really were more of an expensive early warning system for feed outages than a serious feed management tool. 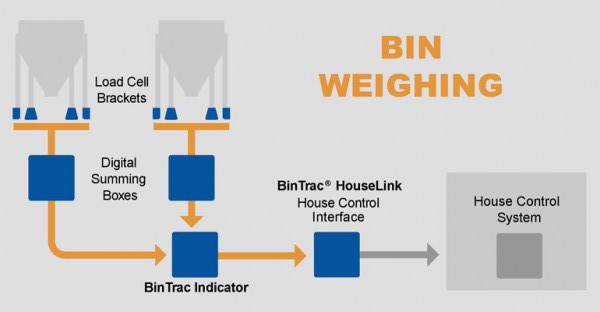 BinTrac® offers a dedicated bin weighing system with a unique load cell assembly in which the bracket functions as the lifting mechanism.   This type of bracket assembly requires less than 1/2" of lift to install, requires no shimming or blocking and can be installed on existing and loaded bins.

On each bin, the smart summing box gathers input from each load cell and sends it to the BinTrac Pro indicator control than can be located up to 250 feet from the bin. The BinTrac Pro Indicator displays information from up to four bins with a visual bar graph level indicator and digital readout of current weight, 24-hour feed usage, and recent fill weights. 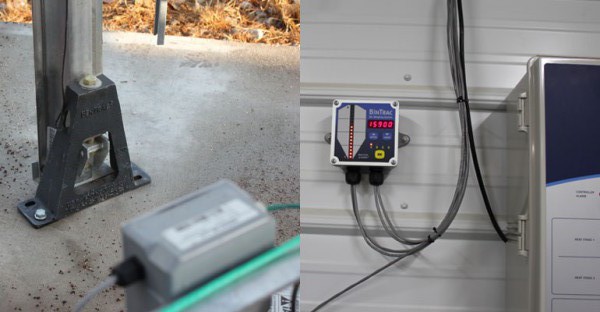 By adding a HouseLINK™ module, this information is readily interfaced with the ventilation house controller. Options are also available to collect this data remotely via a wireless LAN system to record current inventories and monitor usage to predict and coordinate feed schedules.

The Maximus® control system provides accurate feed management as a function of their whole house controller.

Load cells mounted on bin legs send information to a junction box, which in turn transmits, to an individual relay box located inside the building. The relay boxes, representing each bin, are wired in series to the Maximus controller. 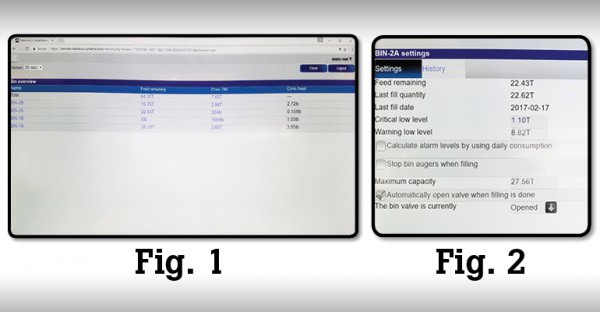 The Maximus controller logs and displays the primary data on a Bin Overview screen (Fig.1) showing Feed Remaining, Amount of Feed Consumed in the last 24 hours, and Feed Consumed per head.   From there, the operator can drill down to an individual bin screen (Fig.2) to view greater detail. In this screen, the operator can also set various warning levels to trigger feed outage alarms by text or email.

A new product scheduled for release later this year is an automated feed slide that can be configured to close a slide as one bin empties and automatically open the slide on a second bin. Bin slides can also be remotely opened from inside a building, eliminating the need for a farm manager to go outside and risk compromising biosecurity.

Like all the functions controlled by the Maximus system, this feed data can be viewed and adjusted remotely from a smartphone, tablet or computer. The operator can also schedule personalized reports to be sent by email to other members of the production team.