Close
Menu
Show your wishlist 0
You have no items in your shopping cart.
Menu
Search
Wishlist
0
Filters
Personal menu
Pen Vise is the Right Tool for Cleaning Brooder Orifices

The GrowerSELECT® Curtain Machine is a great example of making changes to existing products to improve performance and reduce maintenance.

If you have ever “hung” a curtain machine, you will appreciate this feature. After placing a lag bolt in the wall about ½” short of flush, you simply hang the machine from a single keyhole slot in the back of the cabinet. It is much easier to level and add the four mounting lag bolts because the unit remains supported. 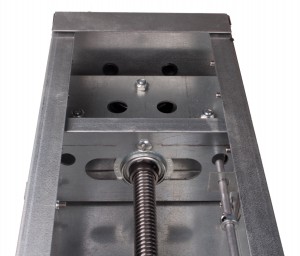 The Curtain Machine includes three sealed ball bearing head pulleys instead of two.  The extra pulley is added to increase the choices for installing the main cables.  Use the two outside pulleys to cable the machine on both sides of the building.  Single-sided installations have the off side cable routed through the top pulley. 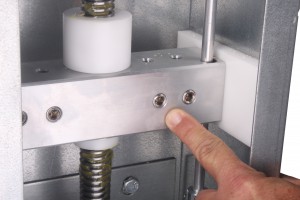 One of the highest mortality items on a screw type machine is the load block.  Other curtain machines use bronze, brass or nylon. However, the GrowerSELECT machine utilizes a self-lubricating, low friction acetal plastic for both the insert nut and load block slides.   For a more in-depth comparison see our blog post, “More Than You Ever Wanted to Know about Curtain Machine Load Blocks.” 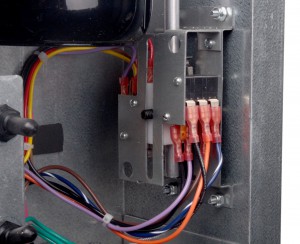 The Curtain Machine features dual limit switches.  The primary limit switches set the travel length, with secondary or redundant switches backing these up. If the first switch fails and engages the secondary switch, the machine shuts down and must be serviced before operating again.  Also included is an auxiliary switch, used to activate a fan after the curtain closes.  Other brands charge extra for this feature. 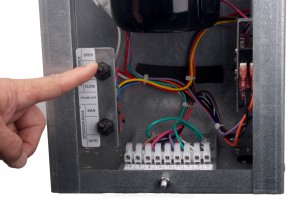 Another feature you will appreciate is the local control switches, standard with the GrowerSELECT Curtain Machine.   A toggle switch sets the machine in manual and overrides the ventilation control.  This is a great safety feature that prevents anyone from activating the unit while it is being serviced.  In addition, it certainly makes it easier to set the limit switches compared to performing this task from a remote controller.

Eventually, any curtain machine will have to be serviced, and this is where the GrowerSELECT Curtain Machine shines.  Note the cutouts in the galvanized housing. You can slip the entire motor assembly out of these slots after loosening three mounting bolts.  It is much easier to service the motor outside of the cabinet.

The entire screw assembly will also come out through these cabinet slots.  It’s still a big job, but it’s possible to slide the entire assembly out for servicing rather than dismantling the screw inside the cabinet.

Although not groundbreaking, the GrowerSELECT Curtain Machine is an example of Hog Slat’s commitment to engineering better products.  Click on Curtain Machine for pricing and ordering information.