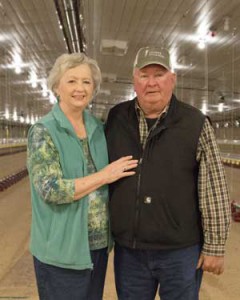 “The chicken business works good with land and cattle,” Gene Williams commented as he looked out across the pasture next to his farm outside of Everett Springs, GA. “The land gives you a place to spread the litter; the chicken litter builds up the pastures, and the poultry checks provide a steady income when cattle prices are tough.”

Gene and Phyllis Williams have included poultry farming in building their family’s business for over 40 years. Starting with a registered Angus herd, they expanded into the poultry business by leasing two breeder houses in 1975, followed by building three new broiler houses in 1978. In 1994, the family business grew to include The Calhoun Stockyard, and again when oldest son Michael and his wife Shelby made the decision to build four new broiler houses in 2003.

Their middle son, Adam, and wife Jenny moved back to the farm in 2013. In 2014, the two older sons joined with younger brother, Jacob, and his wife Natalie, to purchase a neighboring land tract to form the Circle W Ranch entity. Central to this expansion was the construction of eight 66′ x 600′ broiler houses, each capable of holding 62,000 birds per flock.

The tunnel ventilated houses feature Windstorm 54″ exhaust fans, Hog Slat EVAP Systems, and TEGO tunnel doors, regulated by a Rotem control system. The GrowerSELECT feed system utilizes Classic Flood feed pansalong with supplemental feeders in the brooder section. One notable feature is a dedicated feed line with Hi-Grow feeders, used for the first ten days of a new flock and then winched up out of the way. Also, a special hanger line above each feed line permits storage of the Hi-Grow feeders inside the house. 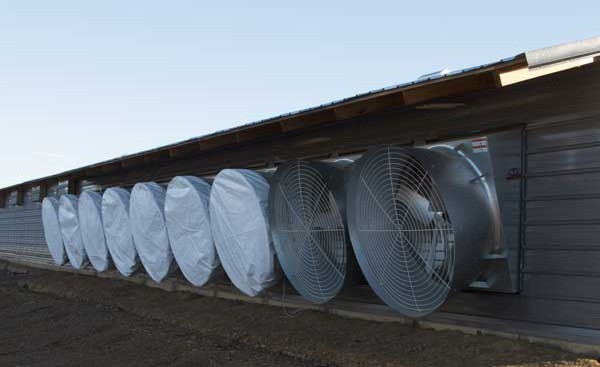 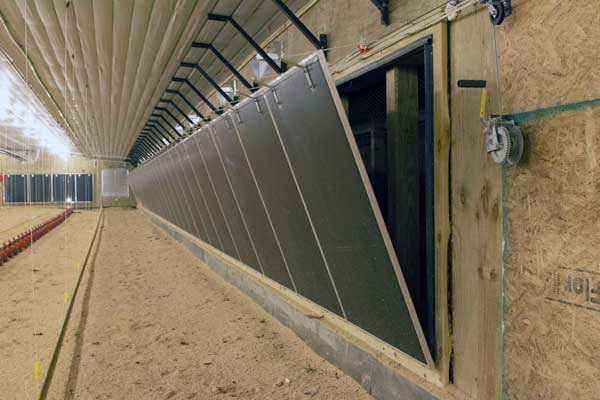 TEGO tunnel doors seal up cool cell openings and direct air up and across the ceiling to promote proper mixing. 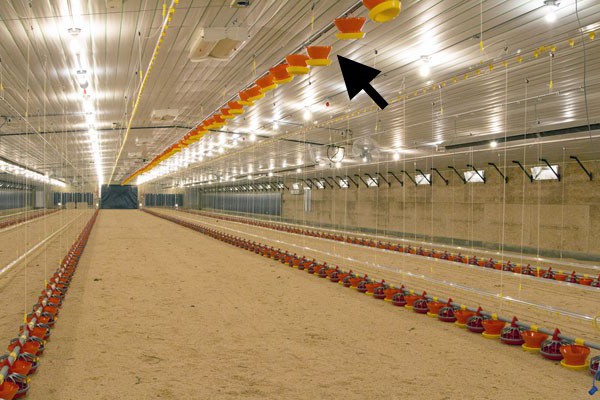 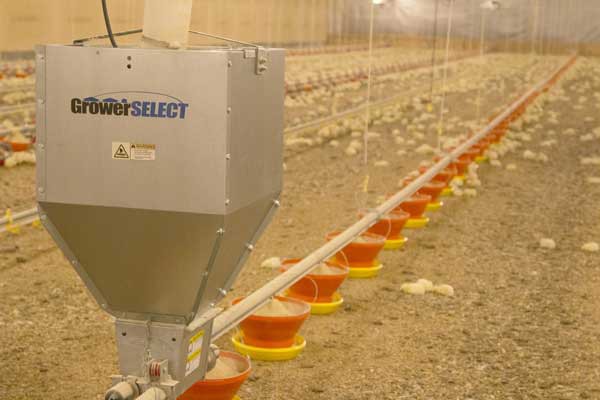 The dedicated feed line for supplemental feeding in the brood area.

Still actively involved in the daily farming operations, Gene and Phyllis continue to influence the education and work ethic of the ten grandchildren joining the family workforce. 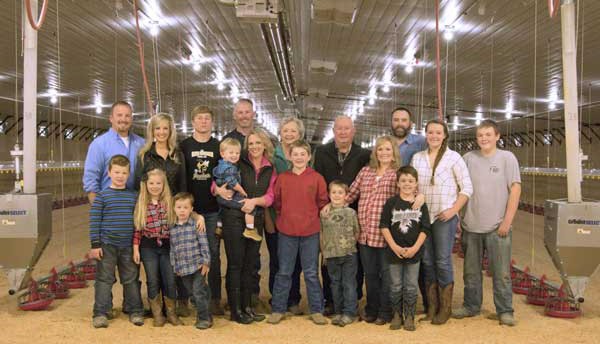 Three generations of the Williams family.