Reliable backup systems are no accident. 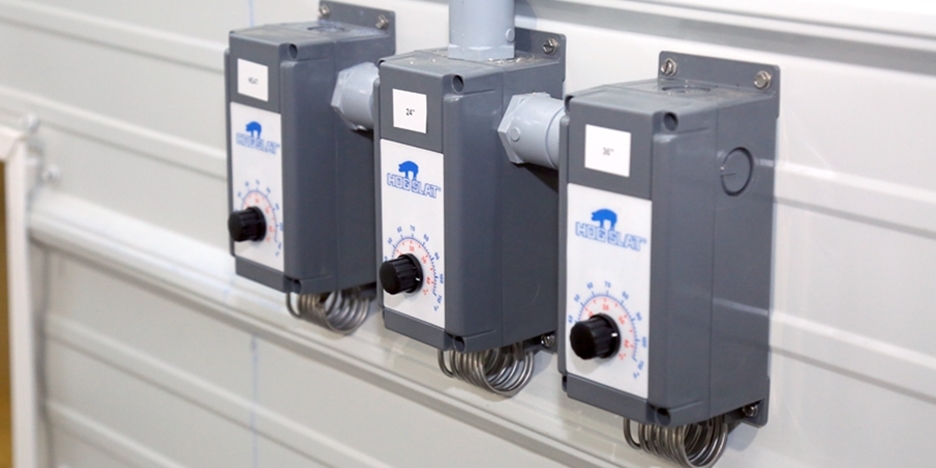 Buildings outfitted with curtain drops provide an effective method for protecting against loss during power outages. But several common management errors can cause them to malfunction.

One of the most often repeated mistakes is setting the override thermostat too high. A typical scenario occurs when the outdoor temperature rises to the upper 90s, causing the curtain drop to trip even though there wasn't a power outage.

After this happens a couple of days in a row, the operator becomes frustrated and turns the thermostat up to cancel out the drop. Later the outdoor temperature cools down, but the thermostat isn't adjusted lower. When a power outage does happen, it takes so long for the heat to build up inside the barn and trip the curtain drop that losses occur from asphyxiation. The thermostat set point should vary to reflect seasonal changes in the outdoor temperature.

Another frequent mishap occurs from leaving the ratchet pawl engaged, preventing the winch from free spooling when released by the curtain drop. Remove the racket pawl from winches used with a curtain drop.

Curtain drop devices ship with a specific J-hook designed to be attached to the winch handle. It's not unusual for the J-hook to be lost when the handle spins free. Keep replacement J-hooks in inventory. Substituting a bent nail or looping the cable on the handle usually results in a tangled mess. Also, don't install the J-hook upside down, which can cause the handle to get caught on release.

And finally, remember to include greasing the winches when you service the curtain machines.

The thermostat is one of the most overlooked parts of the failsafe system. It is not unusual for any new electromechanical thermostat to be off by five to ten degrees. It is critical to calibrate new thermostats with a thermometer to guarantee their accuracy. Also, over time, thermostats can drift out of calibration, so adding this procedure to a building's regular maintenance program is essential.

Equipping facilities with failsafe systems should not create a false sense of security. Animals are lost every year due to failures from improperly maintained and adjusted equipment.