Close
Menu
Show your wishlist 0
You have no items in your shopping cart.
Menu
Search
Wishlist
0
Filters
Personal menu
The importance of proper terminal line cleaning for finishing hogs It’s not a battle; it’s a war. 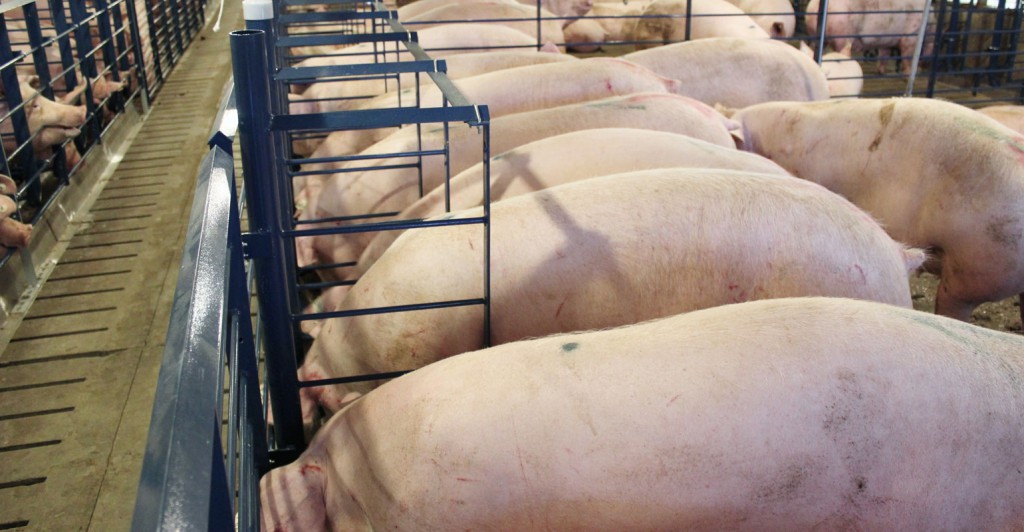 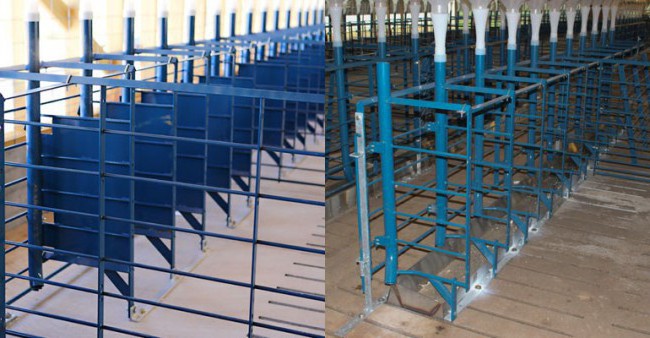 We also have not observed less fighting or movement at feeding time if the divider is solid. All of our knowledge has come from working with our customers around the world where we have supplied stanchion equipment for over 750,000 sow places.

What do you recommend for the length and width of the stanchion?
Most of the systems we have installed use an 18" to 22" wide stall with a 19" long divider to protect the sow's shoulder and head during feeding.

Several years ago we experimented with different lengths of dividers and found there really wasn't much difference in sow behavior until we reached 36" in length. What we did notice is that when we increased the stall length to 48" the sows started using the stalls as a resting area instead of just using them at feeding. 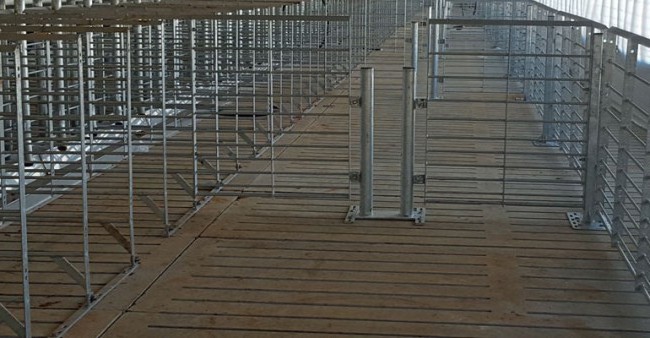 The longer stalls allowed the more timid sows in the pen a "safe haven" where they could go to get away from the more aggressive animals. But at the same time, their movement isn't restricted, and they can freely go in and out of the stall.

Does anything else change when the divider is lengthened?
Yes, we also spread the width out to 23"-24”. Since the stanchion was also being utilized as a resting area, we needed to provide the sows enough room to lie comfortably. Also, the pen size increased because it was necessary to allow at least seven feet between the end of the stanchion and the rear pen panel.  This width avoids having a boss sow from lying across the pen and preventing the other sows from moving around freely. 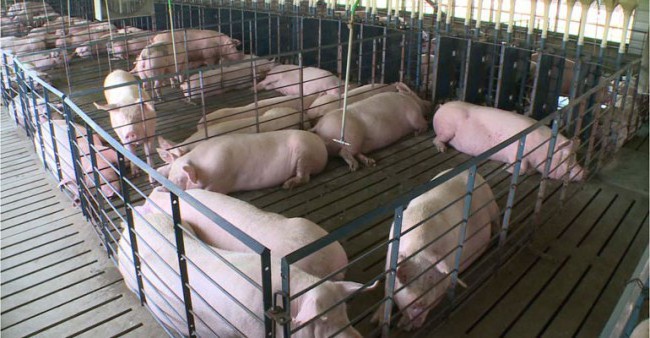 Stanchions continue to be the most a popular choice for many producers as they have proven to be consistent and reliable. This system adapts well to existing layouts for remodeling, there are no electronic systems to manage, and requires little additional training for the animals or caretakers.

Download your free copy of The Stanchion Handbook ,“A Practical Guide for Group Housing with Stanchions”