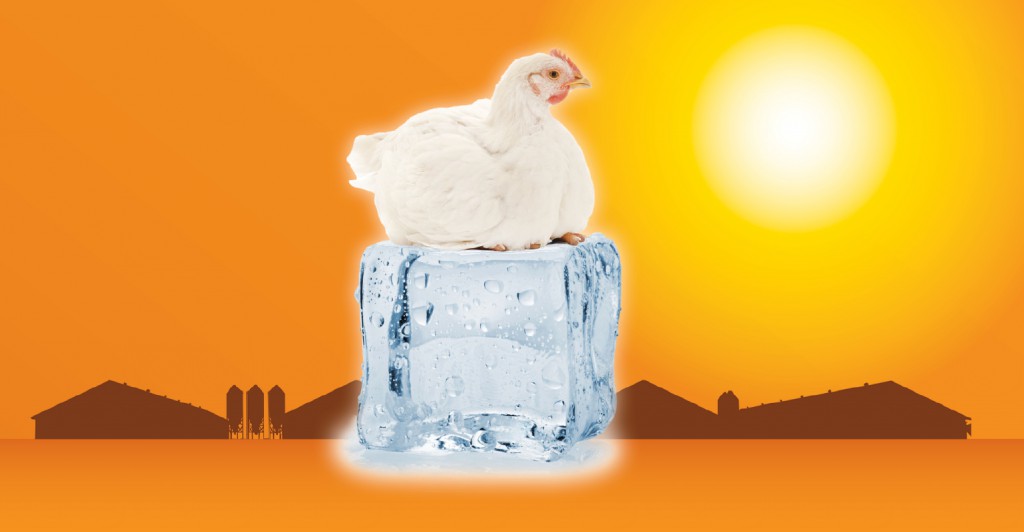 The settings in the controller can be configured to match any management scheme by varying the starting and ending set points for dates, times and temperatures in both cooling and activity modes. The following is an example of a typical operating sequence. 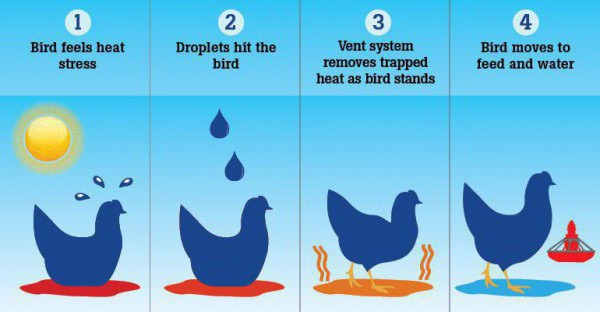 As the building temperature increases and the building goes into tunnel mode, the sprinkler system begins to activate its first stage setting at 2 degrees above set point.   The system runs for 10 seconds every 30 minutes. The birds react by standing and releasing the heat trapped under their bodies, which is removed by the ventilation system.

In the second stage, the sprinkler system increases output at five degrees above set point by operating for 20 seconds every 15 minutes. The trapped heat is released more often as the bird's activity increases and the additional sprinkling begins to create some evaporative cooling on the birds.

At eight degrees above tunnel mode, the sprinkler control enters into its third stage increasing to 20 seconds every seven minutes. Wind speed should be at least 600 feet per minute, creating wind chill and evaporative cooling on the birds minimizing any felt heat stress. 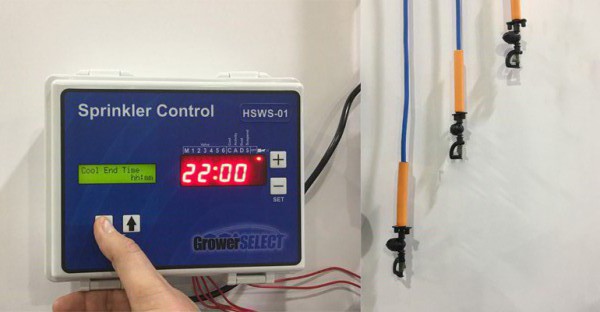 If outside temperatures continue to rise and the barn controller activates the evaporative cooling system, the sprinkler system will drop back to either stage two or three.   The large water droplets hitting the birds continue to stimulate their activity, encouraging frequent migration to the feeders and waterers.

Increasing the evaporating cooling set point to 12 degrees above when the tunnel doors are activated may save up to 80% of the water normally used during the initial cooling stages.

The building is also operating at a low humidity level allowing the birds to more efficiently cool themselves through natural respiration.

Producers may also see increased cool cell pad life, as the system will operate less frequently allowing more time for the pad to dry between cycles.