Modulating brooders are costing you money 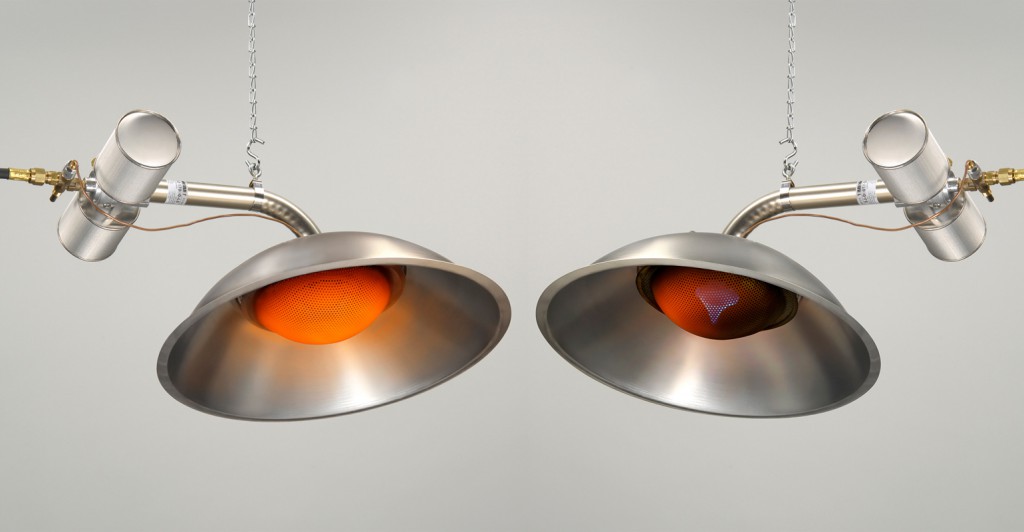 While the modulating controllers are the most popular choice, initial lab tests suggested the Hi/Lo type control panels would yield significant fuel savings. A field test comparing the two systems was set up on a farm in Indiana. 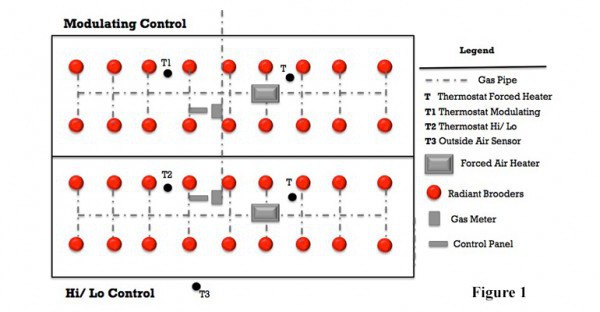 The layout of the test setup is shown in Figure 1. The 40' x 200' test rooms were in the same building separated by a wall with 18 brooders installed in each room. The 17,100 Btu brooders were mounted three feet above the floor.   The Modulating Control thermostat sensor and High/Lo thermostat sensor are shown as T1 and T2, respectively. The Brooder temperature set point was 85°.

A gas furnace provided auxiliary heat for each room with its thermostat location indicated by the T in Figure 1.   The outdoor temperature was measured using a thermocouple as shown as T3. All sensors were four feet above the floor level. A gas meter was mounted in each room to record the fuel consumption of the corresponding control system. 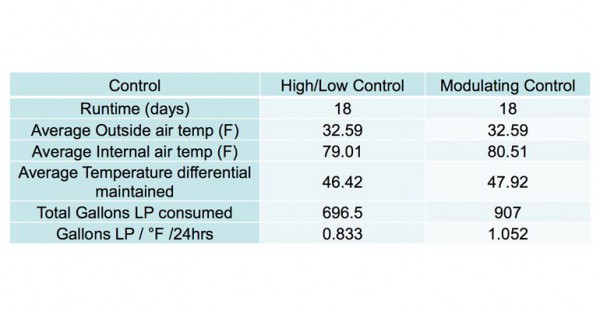 Figure 2 shows the results of the field test with a 20.7% fuel savings for the Hi/ Lo regulated brooders.

Why did these savings occur?

The savings occur between the two extremes. It is more cost-effective for the brooder to switch between high and low than to maintain the temperature with the less efficient pressure settings in between.

What about temperature swings under the brooder? 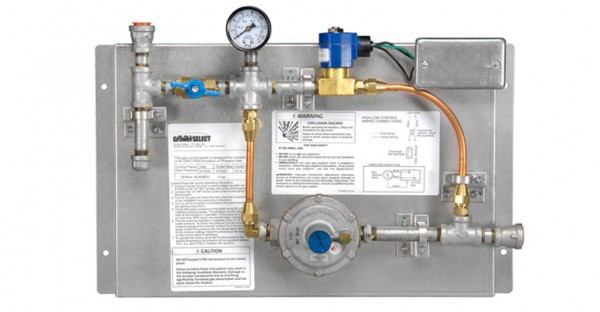 Also, a style Hi/Lo panel is easier to integrate into a whole house environmental control system. The Hi/Lo input ties directly into the computer protocol instead of the separate low-tech sensor used with a modulation control.