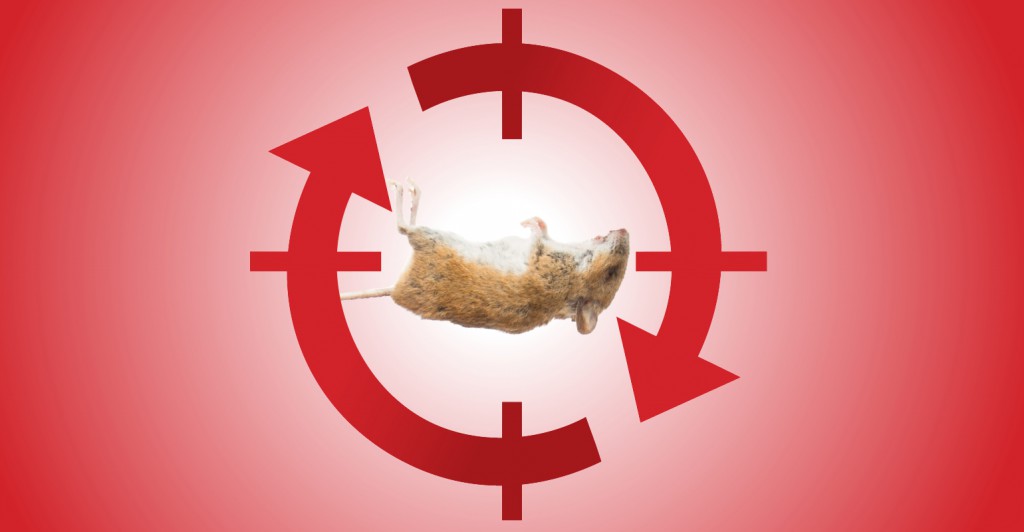 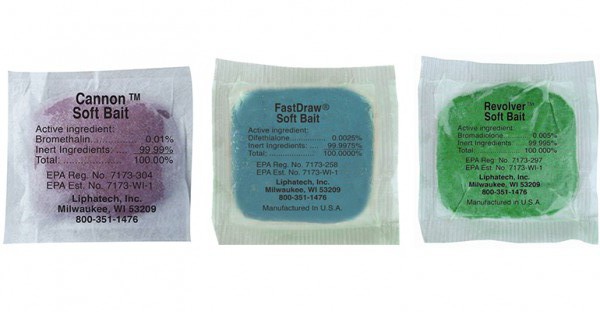 Knocking down a rodent population can be a difficult, but very important process. This is where a highly palatable rodenticide comes into play. The active ingredient Difethialone is powerful enough to be formulated into rodenticides at half the dose (0.0025%) of its rotation partners. Products containing Difethialone are very palatable. Difethialone is a second-generation anticoagulant active ingredient, commonly referred to as a blood thinner, and kills rodents within 4-5 days after a single nights feeding. Anticoagulants prevent or reduce the coagulation of blood, resulting in uncontrolled bleeding. These delayed effects mean that rodents may return to consume more bait, due to the symptoms not taking place immediately. The cornerstone of an effective rodent control program should start with rodenticides containing Difethialone for six months, which when used and consumed consistently, will control multiple levels of the social hierarchy within your rodent population. Difethialone is available in a soft bait (FastDraw), block, or pellet (Hombre) formulation.

After using Difethialone for six months and seeing a reduction in dead rodents or signs of activity, rotate to a product containing Bromadiolone. Bromadiolone is also a second-generation anticoagulant active ingredient typically formulated at 0.005% and is available in soft bait (Revolver), blocks, or pellets (BootHill). Bromadiolone is a great rotation partner to keep rodents at a manageable level, and the paraffinized pellets are labeled for burrow baiting to allow flexibility when controlling Norway rats. This rodenticide also provides a different flavor profile, for rodents with flavor preferences that may not have been attracted to other rodenticide brands. Bromadiolone is recommended for four months and kills rodents within 4 to 5 days after consuming a lethal dose. 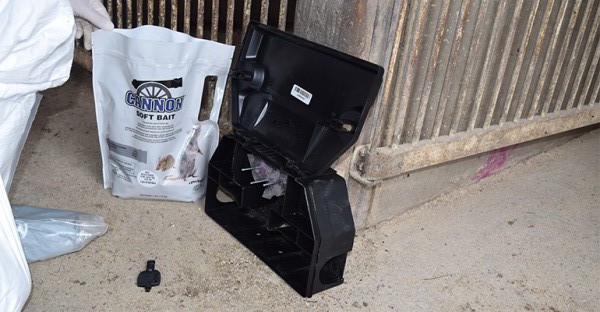 When rotating from Bromadiolone, use a rodenticide containing Bromethalin for two months or during depopulation periods. Bromethalin is an acute toxicant that causes damage to the central nervous system and controls both mice and rats in as little as 48 hours after a single night’s feeding. This rapid kill is necessary when you need to effectively eliminate rodent populations during short depopulation periods, before introducing a new flock or group into the building. Due to the rapid onset of symptoms, rodents typically cease feeding after consuming a lethal dose, which may, in turn, save you money from over-consumption. Using bromethalin also breaks the anticoagulant cycle in your biosecurity rodent control program, which is critical to ensure your rodent population does not become resistant to anticoagulant rodenticides. Bromethalin is available in a soft bait (Cannon) or block (Gunslinger) formulation.

Following a rotation such as will ensure you are using a variety of active ingredients. In times of uncertainty, the package label will state the active ingredient. As always, users should read and follow all label directions.

To order go to Rat Bait